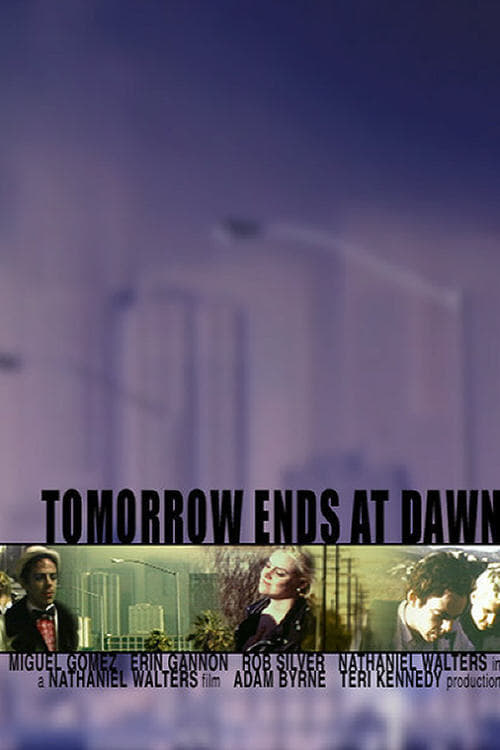 About Tomorrow Ends at Dawn

Matt's idea seemed simple enough: document the contradictory attraction and detraction of a modern city on the eve of the new millennium. His plan seemed foolproof: throw 20 darts at a map of Los Angeles and conduct an interview wherever they land. Matt didn't anticipate the security guards, Mexican gangs and traffic jams that thwart his every move. In the zero hour, his project gets a second chance when two eccentric interviewees hijack the film and introduce Matt to the handgun and narcotics school of flow-budget filmmaking. During the drug fueled, soul-searching journey into the apocalyptic underworld of Los Angeles that follows, the unlikely group begins to realize that it's not just a film but also their survival that's at stake. With desperation mounting, the foursome rushes towards the end of the millennium and an ending that none of them could have scripted.