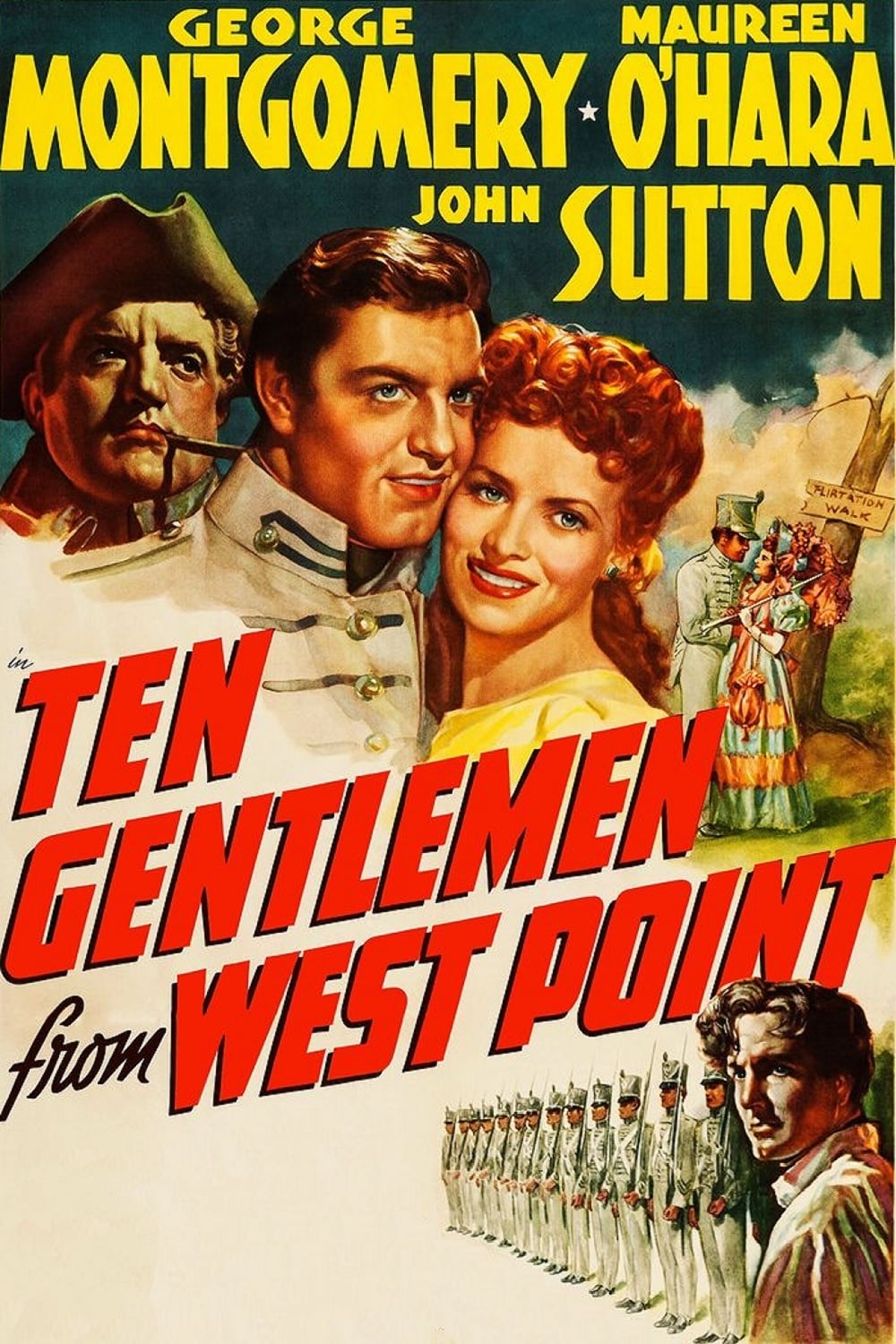 About Ten Gentlemen From West Point

This historical drama tells the story of the first class to graduate from the U.S. Military Academy at West Point. In the early 19th Century, Congress appropriated the money to build the school, but opponents who believed it to be an illegitimate expansion of the powers of the federal government decided to sabotage the school. They put the hard-as-nails Major Sam Carter (Laird Cregar) in charge of the academy, and he ruthlessly put the recruits through grueling training -- until only ten prospective soldiers remained. They include Dawson (George Montgomery), a patriotic farm boy and Howard Shelton (John Sutton), a selfish playboy who has come to West Point only because of its prestige. The two vie for Carolyn Bainbridge (Maureen O'Hara), while they, along with the other eight, try convince Carter that the school is worth keeping.

Payne B. Johnson: Boy in Fort