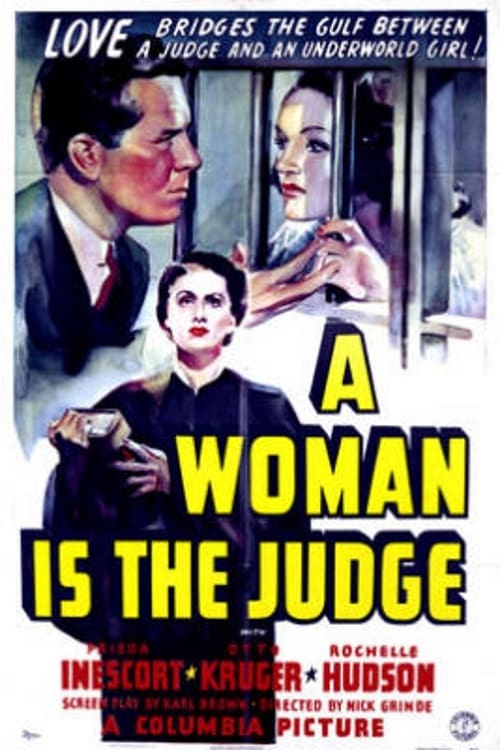 About A Woman is the Judge

The title tells all in Columbia's A Woman is the Judge. Frieda Inescourt stars as lady jurist Mary Cabot, who 20 years earlier had lost contact with her infant daughter Justine. Now a grown woman (played by Rochelle Hudson), Justine accidentally shoots a man who'd impugned the reputation of her mother, whom she's never met. As luck would have it, the presiding judge at Justine's trial is none other than Mary Cabot-who up until the film's climax never realizes that she's holding the fate of her own baby in her hands.

A Woman is the Judge Cast

A Woman is the Judge Crew