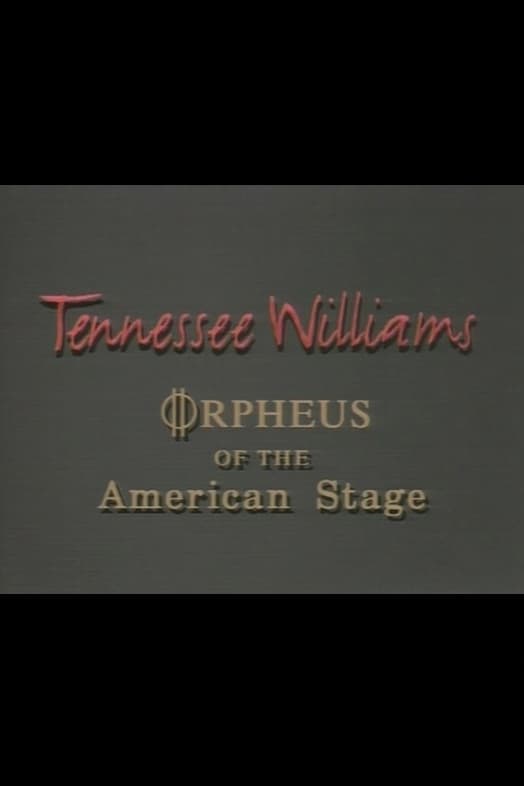 About Tennessee Williams: Orpheus of the American Stage

A study of Tennessee Williams's life and work as a whole, ranging from his youth in Mississippi and in St. Louis to success and acclaim, followed by the final difficult years. Includes some of the most celebrated scenes from film adaptations of Williams' work, among them extracts of A Streetcar Named Desire (1951),Cat on a Hot Tin Roof (1958), Night of the Iguana, The (1964), and Suddenly, Last Summer (1993) (TV). Contains footage of Williams being interviewed, including conversations with David Frost, 'Edward R. Murrow (I)', and Melvyn Bragg, as well as reminiscences from people who knew and worked with him, among them Edward Albee, Gore Vidal, and his lifelong friend, Lady Maria St. Just. Features readings from Elia Kazan's Notebook by Kim Hunter.